One question many people ask is why they should choose to be sailing with a catamaran. Even many experienced sailors wonder if they should make the leap from their classic monohulls to the exciting world of catamarans. So, let’s start off by answering some common questions before we give the verdict.

First of all, while a catamaran that is holed may swamp, feel secure in the idea that it rarely sinks. Add to this the fact that catamarans generally have two engines and two rudders, and it’s easy to understand why they are safer than the one engine and one rudder monohull alternatives.

This one depends of course on its size and design, its sails and how heavily it is loaded. To start off, if someone were to compare a cat with a monohull, it’s important to choose boats of similar length and performance pedigree. That being said, experience dictates that you can expect when sailing with a catamaran to be 20-30% faster than with a monohull. We should also mention the stability that catamarans provide, since they have two hulls. That means that you may not even need to keep your mainsail up, in order to be stable. To top it all off, the two engines provide unparalleled control while docking.

What about sailing windward?

Well, here is the main drawback of the catamarans compared to monohulls. Their performance windward seems to be worse than their counterparts. However, that depends and they generally don’t fall short by a lot. The question is, given that most sailing routes are downwinders, how much windward ability is really needed?

How is the motion aboard a catamaran?

For the monohull sailors out there the motion certainly feels different. The catamaran moves quick and has motions of small amplitude. That can save your coffee from being spilled dear sailor ;). Not to mention the excellent downwind feel, that’s unbelievably smooth. However, don’t imagine that sailing has become the breezest ride ever. You can of course get seasick, especially when sailing too fast. In that case, slowing a bit down can work wonders. The only downside catamarans have, is that belowdeck they are noisier than monohulls, due to the water passing through two hulls instead of one.

What payload they can carry.

Catamarans have more space available than monohulls, however you should be careful. Pack too much and you will lose the unbelievable speeds catamarans offer. You still be faster than a monohull though :P.

The stability of catamarans is unparalleled. We said it before and we say it again, you have to experience it firsthand to really believe it. They beat monohulls each time without fail.

How is anchor for catamarans?

Considering most boats spend 98% of their time(approximately :P) at anchor, that’s a great question to ask. I don’t want to bore you with the details, but anchor is simply one of their biggest advantages. As well as that, catamarans have a really safe and convenient spot for hoisting and stowing the ship’s tender. Also, their tender to boat access is superior to that of monohulls.

The most important equipment for a catamaran?

That would probably be the sails. Equip your cat with high quality material sails and it will sail according to its design’s intentions.

The Verdict: Sailing with a catamaran or a monohull?

So, the biggest question is, after sailing with a catamaran would we go back to sailing with a monohull? Absolutely not, and i believe most sailors would also tell you the same. Forget the sailors of the previous decade, who worship monohulls in a prejudiced way. With a catamaran you can sail fast and safe, all with the comforts of your own living room. Let’s open our minds and understand the superiority of catamarans and the new way of sailing! 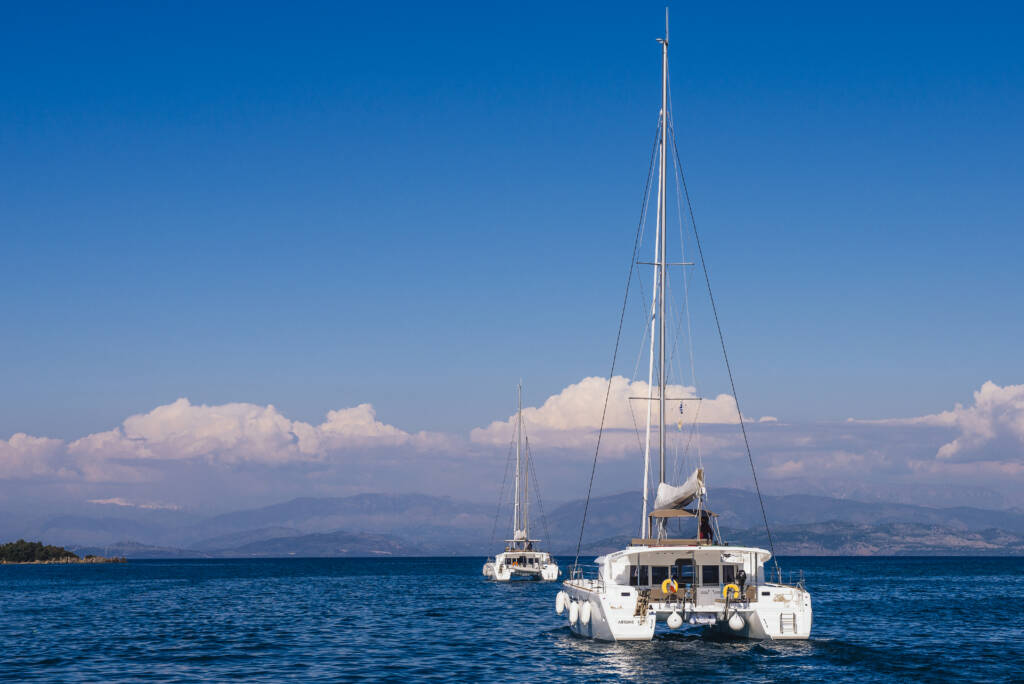 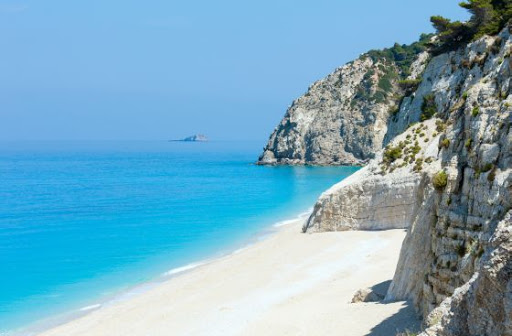 7 Day Flotilla in the Ionian Sea

We would like to inform you that we use cookies in order to give you the best experience when you visit our website. By continuing to browse our site you agree that we can save them on your device.

This website uses cookies to improve your experience while you navigate through the website. Out of these cookies, the cookies that are categorized as necessary are stored on your browser as they are essential for the working of basic functionalities of the website. We also use third-party cookies that help us analyze and understand how you use this website. These cookies will be stored in your browser only with your consent. You also have the option to opt-out of these cookies. But opting out of some of these cookies may have an effect on your browsing experience.
Necessary Always Enabled
Necessary cookies are absolutely essential for the website to function properly. This category only includes cookies that ensures basic functionalities and security features of the website. These cookies do not store any personal information.
Non-necessary
Any cookies that may not be particularly necessary for the website to function and is used specifically to collect user personal data via analytics, ads, other embedded contents are termed as non-necessary cookies. It is mandatory to procure user consent prior to running these cookies on your website.
SAVE & ACCEPT